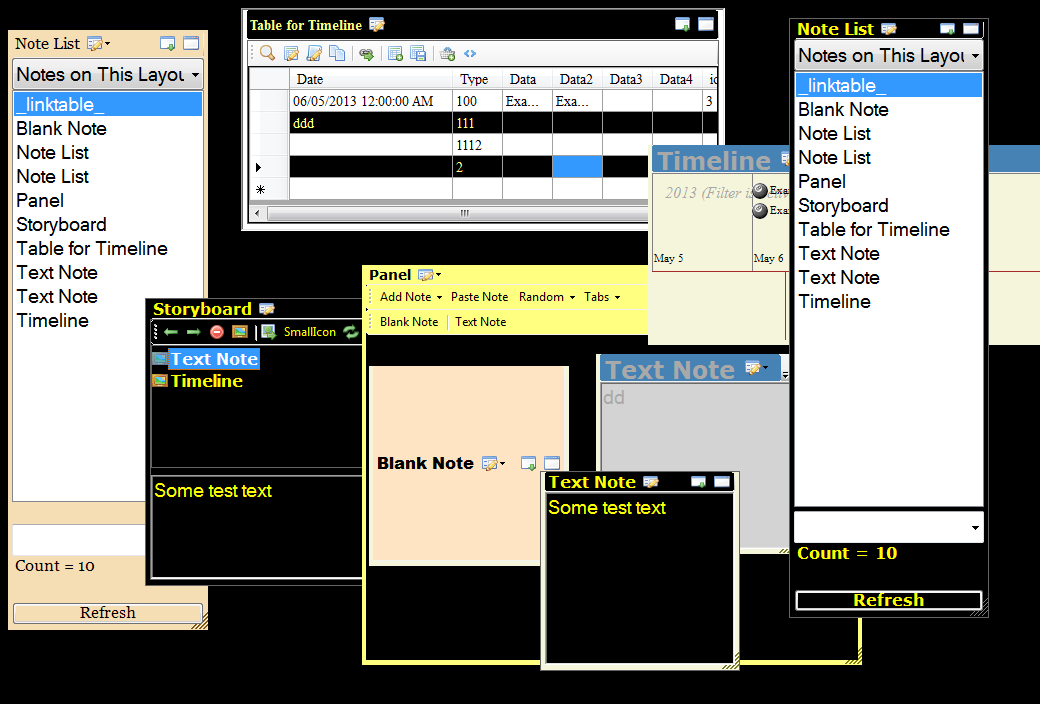 YourOtherMind allows for limited customization of the look of the individual notes.

As described on the Notes page, the user may choose various appearance options. They can also edit these appearances or create their own.

Here is an example of the appearance editor (accessed via OPTIONS|INTERFACE and then selecting an appearance and choosing NEW). 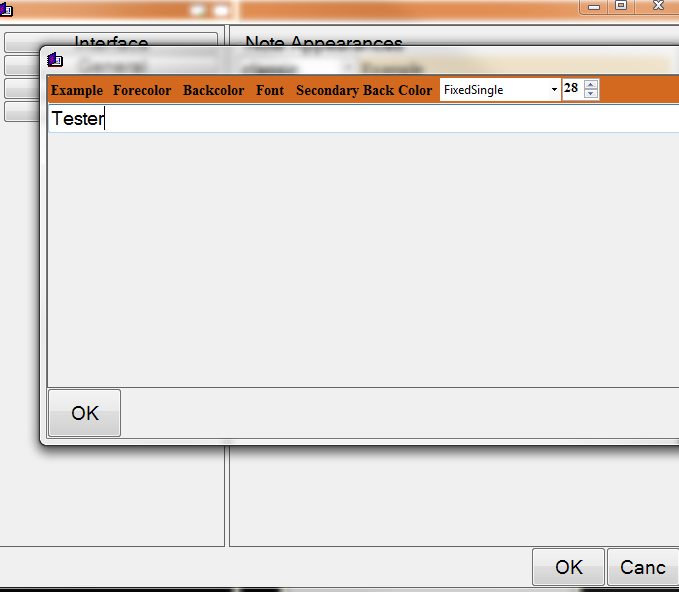 Click the buttons, most of which allow changing the color of a visual element on the note. A few controls perform special actions:

(Avoid setting ForeColor and BackColor to the same value, else you will not be able to read the text!)